IG Copper LLC, (IGC) between 2010 and 2018, advanced the Malmyzh porphyry copper-gold project until it was sold for $200M to Russian Copper Company, a leading copper producer in the Russian Federation. Located in Russia’s Far East, the Malmyzh exploration and mining licenses were held by IGC and Freeport-McMoran Exploration Corporation, with IGC operating and managing the project.

IGC’s outstanding accomplishments include the early-stage exploration work leading to the discovery of the Malmyzh district, the completion of demanding work programs that advanced the project according to the requirements of the Russian Federation, as well as western reporting standards, and the execution of the process that culminated in the sale of the project to RCC. “It’s the largest profit we’ve had in the history of the company on any deal,” David Cole, EMX’s founder, president and CEO (and a shareholder of IG Copper), said in an interview, adding that the cheque from Russian Copper Co. “did not bounce.” Malmyzh sales brings EMX Royalty US$65M windfall.

The governments of the Russian Federation, the Ministry of Natural Resources, Rosnedra (Federal Agency for Subsoil Use), Dalnedra (Regional Agency for Subsoil Use) strongly supports mining investment and development, particularly in its Far East regions. This encouragement is evidenced not only by long standing support of the Malmyzh project, but also by region-wide investment and tax incentives. IG Copper continues to hold exploration and mining licenses in this region that are being evaluated for future programs. 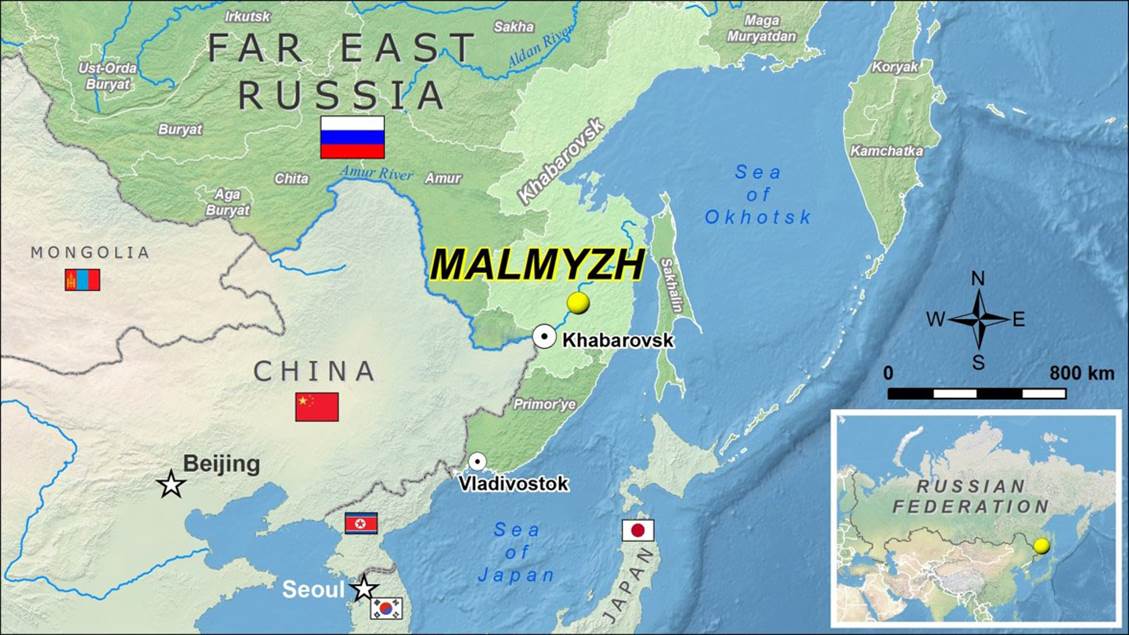